Flight Risk! Could Your Children be Relocated Against Your Wishes?

Building Something New and Hopefully Better: The Collaborative Approach

Do you understand what’s in your divorce decree? In some circumstances, your child could be relocating to Alaska next week, and you would be powerless to stop it. Here’s how it might happen here in North Texas….

When a parent files a “Petition for Divorce or Suit Affecting Parent-Child Relationship” in Dallas County, the “Dallas County Standing Order”* immediately takes effect. Part of that Standing Order prevents parents from taking their children out of state, changing the children’s current place of abode, and withdrawing the children from the school or day-care facility where presently enrolled. HOWEVER, if you were divorced in the State of Texas, and you do not have a geographical restriction in your divorce decree, that Standing Order does not prevent the parent with primary custody from removing the child from the State of Texas if that parent files a “Petition to Modify the Parent-Child Relationship”.

Take this example: During your divorce, you reached an agreement for no geographical restriction, because you trusted your co-parent to do what was right for the child and to stay in the area where his or her entire family lives. Four years later, you discover that your co-parent is about to move to Alaska with the child for a new job. If there is no geographical restriction in your decree, then, on a temporary basis, the other parent could take the child and move. At that point, you may find that proceedings to modify parent-child relationships can take anywhere from months to years, and during the time when that process is underway, a significant move can directly impact your family. Once the final hearing arrives and a judgment rendered, your child may have been in a new school, have new friends, and already been through the adjustment phase of the move.

If you do not have a geographical restriction in your final order, specific things must be shown for the Court to restrict the child’s residence. Short of your co-parent having relinquished primary care of the child for more than six months, or the child being 12 years or older and expressing to the court his/her desire to stay with you, the court can only temporarily restrict the residence of the child unless it is shown that the child would suffer a significant impairment of physical or emotional development by moving. Emotional distress from separation and loss is not by itself evidence of significant impairment of a child’s emotional development as required to trigger the exception. This is a situation where the court will consider only the facts.

Lack of a geographical restriction is not always a bad thing. For instance, the parents may be going through a divorce in a county where neither parent has close family ties and/or future moves are not able to be anticipated. This issue is one that requires both parents to think long and hard about the best interest of their child and to put selfish motives aside. But please, do make it an issue for consideration. The family law attorneys of Godwin Bowman PC can help if you are in the midst of this process, are not clear about the terms of your divorce decree, or if you wish to reconsider the issue of geograhical restriction. Don’t wait until the problem arises to deal with it – you might be leaving your child(ren) in the unrestricted hands of a co-parent who could become a flight risk. 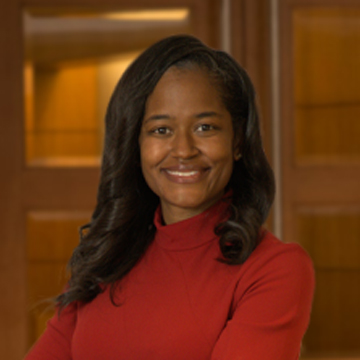