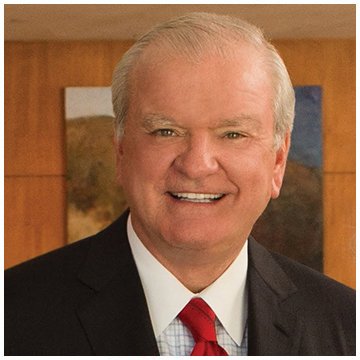 Donald E. Godwin is considered one of the most respected and tenacious trial lawyers in Texas. For more than 40 years Don has tried significant jury cases in courts throughout Texas and across the United States. Board Certified in Civil Trial Law by the Texas Board of Legal Specialization, he has the ability to translate complex matters of law and fact into easily understandable language for courts and juries.

Don’s practice covers a broad range of areas with an emphasis on complex litigation, including:

Donald E. Godwin and his Mission Critical Litigation team secured a defense victory in a non-competition/non-solicitation agreement case brought against their clients by an international multi-billion dollar building conglomerate, which was seeking more than $40 million in compensatory damages, in addition to punitive damages and attorney’s fees. The two-week jury trial was presided over by the Honorable Judge Maricela Moore in the 162nd Judicial District Court and was one of the first complex commercial litigation jury trials to commence in-person in Dallas County since the beginning of the Covid-19 pandemic, which began in March 2020.

Don was the Lead Trial Lawyer in the successful defense of Halliburton in connection with all civil litigation and investigations concerning BP’s Macondo well blowout in the Gulf of Mexico, the largest environmental lawsuit in the history of the United States. As well as being recognized as a leading trial lawyer in the United States, Don has also earned the reputation among corporate executives, their legal departments, and other highly visible individuals as a master negotiator where the risks are substantial and the future and successes of such clients are on the line.

Board Certified in Civil Trial Law by the Texas Board of Legal Specialization, and a member of the American Board of Trial Advocates (ABOTA), Mr. Godwin is one of the most widely respected attorneys in the nation. Reflecting the standard of long-term excellence established in his legal practice, he has been named to the 50 Lions of the Texas Bar by Texas Lawbook; ranked in Chambers USA since 2014 in the area of General Commercial Litigation, selected to the Lawdragon 500 honoring the 500 leading lawyers in America (Hall of Fame Lifetime Member), named among the Top 100 Lawyers in Texas by Thomson Reuters 10 times, and chosen among Thomson Reuters Texas Super Lawyers since the award was initiated in 2003. He has also been honored by selection on the list of The Best Lawyers in America since 2012 in the area of Commercial Litigation along with a variety of other honors. 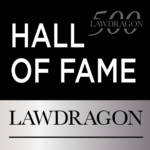