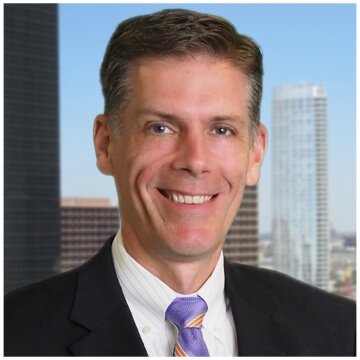 Board Certified Appellate attorney Shawn McCaskill practices in the Appellate Section at Godwin Bowman PC and has experience with litigation support, appeals and original proceedings in business contracts and torts, insurance coverage, medical malpractice, product liability and premises liability cases in state and federal courts. On April 22, 2013, Shawn prevailed on a petition for writ of mandamus to the Second District Court of Appeals in Fort Worth on behalf of Alisa Rich, in a case styled In re Lipsky (No. 02-12- 00348-CV), involving the Texas Citizens Participation Act (also known as the Texas Anti-SLAPP Act), and obtained a dismissal of all claims against his client. In an opinion issued on April 24, 2015, the Supreme Court of Texas upheld that decision and the dismissal of all claims against his client (No. 13-0928).

Shawn McCaskill was a part of the Mission Critical Litigation team that secured a defense victory in a non-competition/non-solicitation agreement case brought against their clients by an international multi-billion dollar building conglomerate, which was seeking more than $40 million in compensatory damages, in addition to punitive damages and attorney’s fees. The two-week jury trial was presided over by the Honorable Judge Maricela Moore in the 162nd Judicial District Court and was one of the first complex commercial litigation jury trials to commence in-person in Dallas County since the beginning of the Covid-19 pandemic, which began in March 2020.

In 2012, Shawn prevailed on 2 petitions for review granted by the Texas Supreme Court in Cruz v. Andrews Restoration, Inc., no.10- 0995 (Tex. April 20, 2012) and obtained a judgment of $1,081,836.10 for his client, Andrews Restoration, Inc., in a breach of contract case that also involved statute of frauds and DTPA restoration of consideration issues. In a decision issued in 2006, the Texas Supreme Court granted a petition for review filed by Shawn as lead counsel in the Fidelity & Guaranty Insurance Co. v. Drewery Construction Co., Inc., 186 S.W.3d 571 (Tex. 2006) case, and reversed an adverse default judgment in a construction payment bond case. In 2004, Shawn was lead counsel in a successful petition for review to the Texas Supreme Court in the M.O. Dental Lab v. Rape, 139 S.W.3d 671 (Tex. 2004) case, which involved premises liability and summary judgment finality issues.

Shawn served as the Briefing Attorney for the Honorable Justice Tom James of the Fifth District Court of Appeals for the State of Texas at Dallas from 1998-1999. He received a J.D. from St. Mary’s University School of Law in 1998 and was a member of the St Mary’s Law Journal Editorial Board.

Within the Firm, Mr. McCaskill chairs the Opinion and Audit Committee, and is a member of the Conflicts & Ethics Committee, the Judicial Campaign Committee and the Library Committee.

Reflecting the excellence of his practice, he has been selected nine times to the list of Thomson Reuters’ Texas Super Lawyers, twice to D Magazine’s Best Lawyers in Dallas, five times to Thomson Reuters’ Texas Rising Stars and has achieved a 10.0 rating from AVVO, its highest attorney rating. He is board certified in civil appellate law by the Texas Board of Legal Specialization. In 2015, Shawn was elected to the City Council of the City of Southlake, Texas. He is serving his second term, and currently serves as Deputy Mayor Pro Tem.